Read more about the life story of Carol and share your memory.

Carol Ann Wiemken, 72, of Defiance, peacefully passed away on Wednesday, November 16, 2022 at ProMedica Toledo Hospital, surrounded by her family.

She was born to the late Cletus and Irene (Wagner) Baker on February 22, 1950 in Defiance, Ohio. Carol was a 1968 graduate of Ayersville High School. On her birthday, February 22, 1974 she married Jerry Wiemken who survives.

Carol was a faithful member of St. Michael's Catholic Church and served as a Eucharistic Minister, on the Altar Rosary Society, Befrienders Ministry, former council member, committee member of Lisa Yoder Memorial Scholarship, and volunteered on several other committees. She worked for several years as a school secretary for Ayersville School, Northwest State Community College and Northeastern Local School. Carol was also a member and owner of  S.C.P. Baker Farm. She enjoyed music, traveling, gardening, tending to birds and nature, attending concerts and spending time with her friends. Carol was a loving and caring wife, mother and grandmother. Her greatest love was her family and being with her grandchildren.

Carol will be sadly missed by her loving husband of 48 years, Jerry Wiemken of Defiance,  and her daughters, Laura (Doug) Moser of Stryker, OH, Carrie (Kevin) Radzik of Defiance, and Aleisha Wiemken of Columbus, OH. She also leaves behind six grandchildren; Cody and Garret Moser, Kadyn, Carter and Kenley Radzik, and Grace Stottlemyer, and her sisters; Suzie (Jim) Mirise of Indiana, Jane (Gary) Gibler of Indiana, Patricia (Paul) Gackel of Bryan, OH, and Joyce (Dave) Maxey of Indiana.

She was preceded in death by her parents, and daughter Megan Wiemken.

Schaffer Funeral home was honored to assist the family with arrangements.

Memorials are suggested to St. Michael's Catholic Church Building Fund, Sara's Garden/New Horizons Academy in Wauseon, OH, or to a charity of the donor's choice. 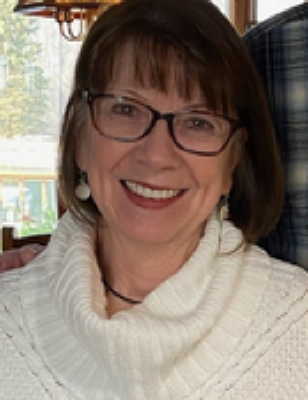